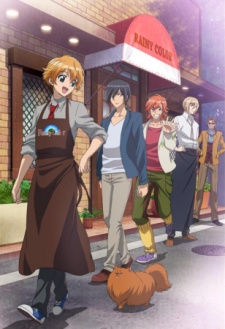 Plot Summary: An ordinary college student, Aoi Tokura, was having a bad day. It was so bad because he was called ugly by a good-looking guy on the train. Walking down the street in the rain, Aoi found a small, but cozy cafe, Rainy Color. He started to work part-time as he enjoyed a cup of hot chocolate he was served. Then a guy came into Rainy Color... It was Keiichi Iwase, the one who told Aoi was ugly!!??.