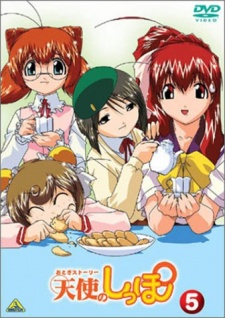 Plot Summary: Goro's down on his luck. He keeps losing jobs and has little money. One day he meets a fortune-teller outside of a pet store who predicts that his luck will change. That night three girls appear in his appartment claiming to be his guardian angels. Soon a total of twelve girls appear to help him, each one a reincarnation of a deceased pet once owned by Goro..