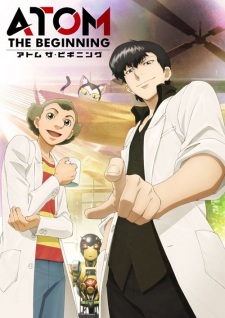 Plot Summary: Japan in the near future suffers an unexplained major disaster. Five years later, reconstruction is well underway. Two young researchers at a university are pinning all their hopes on robot development. Now their new interpretation of the eternal hero Astro Boy up until his birth is just about to start!.