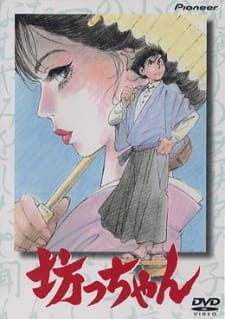 Plot Summary: This is a different version of the story than the one included in the Seishun Anime Zenshu TV series. Botchan, a recent graduate, sets out for his first teaching assignment… never anticipating what awaits him. He must contend with students who spy on him and pull nasty stunts and with a landlord who constantly tries to sell him worthless antiques. While on a fishing trip to boost his spirits, Botchan suspects Hotta, his one friend in the village, as the cause of all of his misery. But this is just beginning of his problems…During a meeting to discuss the students’ disrespectful behavior towards Botchan, the proposed punishment is surprisingly mild despite the severity of the acts. Yet, Botchan’s suspected adversary defends him! Were the other faculty members lying about Hotta? Botchan may soon discover the truth, for when evidence of the dean’s activities surface, Botchan and Hotta must team up to corner the dean in his own scandalous game!.