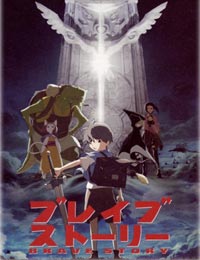 Plot Summary: When 11 year old Wataru's father leaves home and his mother is taken ill to hospital, he decides to change his fate by travelling through the door shown to him by his friend Mitsuru. In a land of magic and monsters, Wataru must summon all his courage and embark on a journey with several comrades to meet the Goddess of Destiny and change this "mistaken fate"..