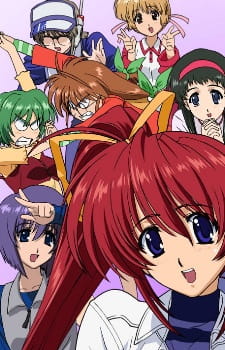 Plot Summary: A college student, Sendō Kazuki, happened to set foot in the doujinshi community. There, people are producing and selling doujinshi, which is the comic book drawn by fans rather than professional writers. At first he was reluctant, but as he met the girls earnest about producing doujinshi, he was gradually involved in creating it himself. This series is based on a Dreamcast/PC game, "Comic Party", and its setting is different from the TV series. The main characters, Kazuki, Taishi, and Mizuki are college students whereas they were high school students in the TV series. The story starts after Kazuki has become acquainted with other characters..