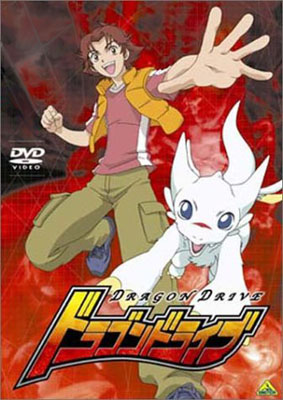 Plot Summary: Oozora Reiji was one of the most laid back people in all of Japan. Considered to be the king of lateness at his school, he's never finished a single thing that he's started, simply because it doesn't look cool if he can't do it. But it all changes when, one day, his childhood friend Yukino Maiko invites him to the only thing he'll ever finish... deep beneath Tokyo, there is a secret building run by Rion. It is here that the most powerful Virtual Reality technology resides... in the hands of the powerful corporation, Rion. With it, they have created an addictive game where you control a dragon. It is called Dragon Drive.  Its no surprise when Reiji gets his dragon... a small white dragon -- thats sleeping! But his first time playing, Chibisuke reveals his true power, when he easily defeats one of the current champions!But Dragon Drive is more than it seems... unbeknowest to its players, there are two worlds... there is Earth, and then there is Reverse-Earth, or Ri-kyuu. In this alternate dimension, dragons are real -- and so is death. Theres a power growing inside Chibisuki and Reiji, and only their bond of trust, and the friendship of all their allies, will they be able to save the two worlds from Rion, and return back to Earth!.