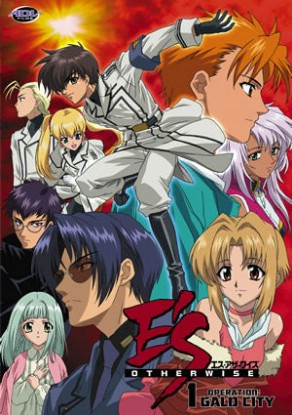 Plot Summary: In a near future, following a devastating war, a dozen international corporations have come to control the world. One of them, Ashurum, specializes in handling a new class of psychics that has arisen. Though feared by the general populace, psychics have a safe home in Ahsurum, where they can develop their abilities and assist Ashurum in helping other psychics... or dealing with those who become a threat to the general populace. Or so they claim. One such young psychic, a teenage boy named Kai, has lived at Ashurum all of his life along with his sickly sister Hikaru. He joins the AESES, the agent operations branch of Ashurum, out of gratitude for Ashurum's support of him and his sister, but eventually he discovers that his sheltered life has left him quite naive about how the world really works. A gentle soul at heart, Kai has trouble understanding how much common citizens fear and hate both his kind and his organization until confronted with it on missions. He also cannot comprehend the ruthlessness of Shen-Lon, a fellow AESES psychic, until catastrophe strikes.Meanwhile, a streetwise young man named Yuuki plies his services for a guerilla organization led by a powerful precognitive psychic. He must find the Sacrament of Calvaria — whatever it may be — while looking after the kind-hearted and empathetic girl Asuka. Ultimately his path crosses with Kai's, a development sure to shape the future..