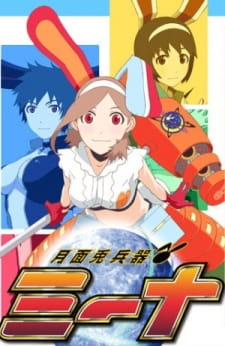 Plot Summary: An animated spin-off from the Densha Otoko (Trainman) TV drama. In the drama, actor Itoh Atsushi plays the otaku Yamada, whose main love in life is the Mina anime, a cutesy busty heroine with floppy rabbit ears and carrots sticking out her rear. Mina itself is a character homage which triggers back to the Daicon Animation done by GAINAX where a similar nameless bunny girl appeared. Densha Otoko futher featured an opening with scenes which were appearing back in the Daicon Animation..